Irish-Scottish cellist, Finn Mannion (b.2002), is currently studying for his bachelor’s degree at the Musik-Akademie in Basel, Switzerland with Prof. Danjulo Ishizaka.

Born to Irish parents, Finn grew up in the Highland Perthshire countryside in Scotland. At the age of ten, Finn was awarded a government-funded place at Scotland’s National Music School in Edinburgh, where he studied in the city for seven formative years with Ruth Beauchamp. Afterwards, Finn spent a year in Glasgow under the tutelage of Prof. David Watkin and Alison Wells.

Finn became the youngest ever winner of the Royal Philharmonic Society’s prestigious ‘Julius Isserlis’ scholarship in 2019. The following year, he won the Beatrice Huntington Award for Cellists. These awards have allowed Finn to exchange the Scottish Munros for the Swiss Alps and begin his focused studies in Central Europe.

In 2022, Finn was chosen as the Young Artist of Aboyne Festival in Scotland, in which he gave a recital with pianist Sophia Rahman. Finn is also a Cross Trust Artist of the Year and will perform at Perth Concert Hall in May during their arts festival. In November, Finn travels to Spain to compete in the final round of the Pablo Casals International Competition after being selected as one of only eight finalists.

As a long-time member of the Scandinavian Cello School (SCS), Finn regularly travels to Denmark to play concerts and study. In 2021, he was part of a viral sensation that featured on the front-page of the New York Times, titled – ‘When the Cellos Play, the Cows Come Home’. With the SCS, Finn will perform at the Vienna Philharmonic Ball and on tour in the USA next season 2023/24. He is indebted to cellist Jacob Shaw for his continued guidance and support.

Active as a chamber musician, Finn has enjoyed performances alongside Roman Simović, Matthew Hunt, Finghin Collins, Gordan Nikolić, Robin Green and Celine Flamen, amongst others. In Los Angeles and Siena, Finn welcomed tutoring from Clive Greensmith of the Tokyo String Quartet, and has participated in masterclasses across Europe with esteemed musicians such as Steven Isserlis, Frans Helmerson, Nicolas Altstaedt, Péter Nagy, Philip Higham, Pieter Wispelwey and Alice Neary. Finn has been principal cellist of all three of Scotland’s National Youth Orchestras, and is a member of the Caledonian Chamber Orchestra. 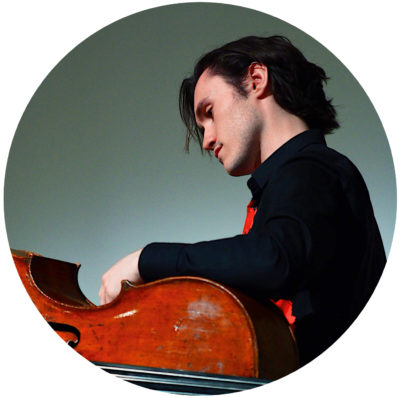